“In flight” with PPAs: the advanced technology of the PPAs’ (Pattugliatori Polivalenti di Altura) naval cockpit

We are on board a ship, but the functions of the new bridge are fused together like in the cockpit of a state-of-the-art aircraft.

One of the most innovative features of the PPAs (Pattugliatori Polivalenti di Altura) – the seven patrol vessels built as part of Italy’s special fleet modernisation programme (‘Naval Law’), together with an amphibious ship (LHD TRIESTE) and a logistics ship (LSS VULCANO) – is the innovative ‘naval cockpit’. This innovation is the outcome of the Italian Navy’s specific request for a new guidance instrument in the wheelhouse capable of providing the essential functions of steering and combat with a minimal crew. This truly revolutionary request led to the creation of an integrated workstation, co-produced by Leonardo and Fincantieri NexTech, that requires only two operators - the pilot and co-pilot, to conduct ship and air operations by incorporating the figures of the bridge watch officer and the commander. This workstation enables operation of the machines, rudders, platform systems, and some Combat Management System (CMS) functions, including the weapons equipment. 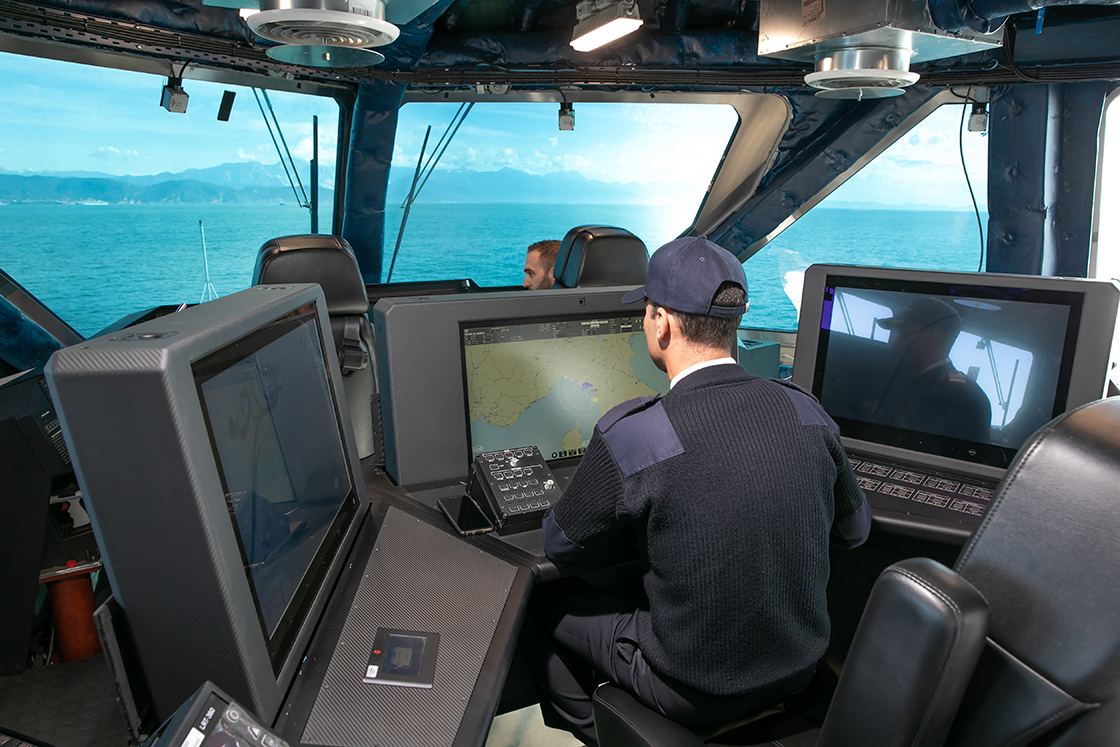 In functional and ergonomic terms, in the new bridge the commander sits behind the two operators in a special seat equipped with controls. These allow him to interact with the two operators mentioned above and the CMS operators, while the pilot and co-pilot use joysticks, engine throttles and control knobs similar to those of aircraft cockpits. A central console between the two operators with a large number of switches, lights and knobs also contributes to the ‘cockpit-like’ atmosphere. Nevertheless, we are on a ship: a configuration, unique of its kind, which has been conceived in close cooperation with the customer. This configuration also directly impacts the layout and fitting out of the bridge interiors and the ship’s operation. 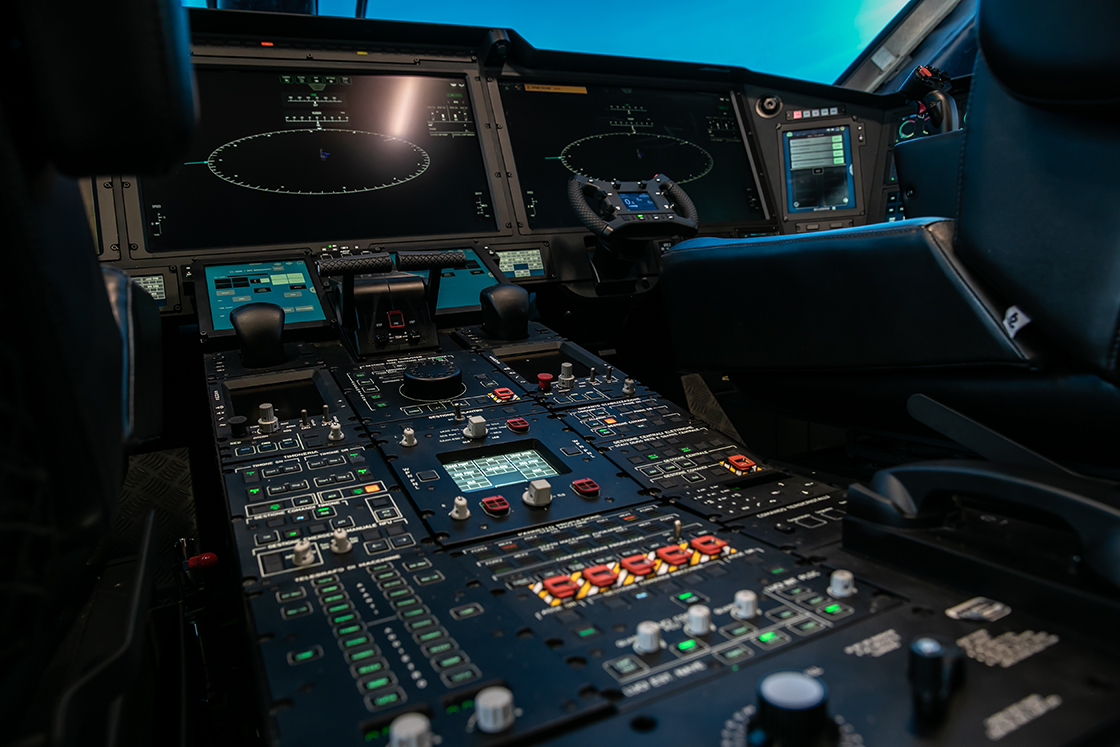 The research, design and production that went into this system was a major undertaking. The work was facilitated, however, by the architecture and some features held in common with Leonardo’s ATHENA MK.2/SADOC4 CMS, on which it was based. In a further drive to integration, the cockpit may also be used in the future for naval units with a different CMS. 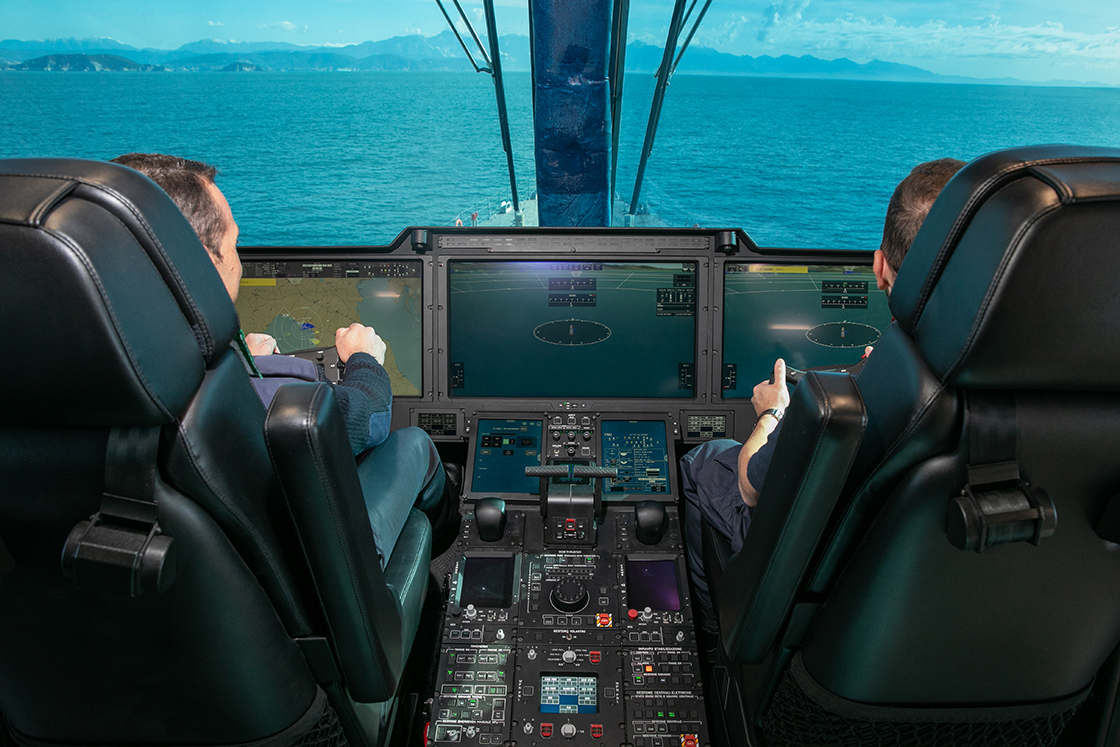 All in all, the revolution brought about by the PPA cockpit becomes clearer if one considers the fact that until now the minimum crew on the bridge comprised the commander, two to three helmsmen, a communications officer and seven CMS operators. The current PPA configuration reduces this to seven people - commander, pilot, co-pilot and four CMS operators (communications, radar, sonar, etc.). The cockpit also cuts the unit’s rapid response time to sudden threats by maintaining the ship in a high state of readiness. For example, the two operators have direct access to point-defence weapons, allowing them to react promptly – on the commander’s order – to sudden threats such as fast-moving boats or unmanned aircraft. Faced with more complex threats, immediate access to sensors and weapons saves valuable time while waiting for the crew to arrive at battle stations and to determine a broader and more coherent response. Cockpit operators have access to all the ship’s optical sensors for steering and manoeuvring functions, at sea and in port. Each unit has an all-round view with day, night and infrared cameras.

Cockpit piloting requires specific training. With the entry into service of the Paolo Thaon di Revel - the first of the seven planned PPAs - and the ongoing preparation of the next vessels due to be launched, personnel training began during the first voyages at sea. These provided on-the-job training for the officers chosen for this new assignment. The training process also takes place at Navy institutions using simulation systems, and at Leonardo and Fincantieri NexTech. The training course eventually leads to the exclusive certificate of ‘naval cockpit operator’. 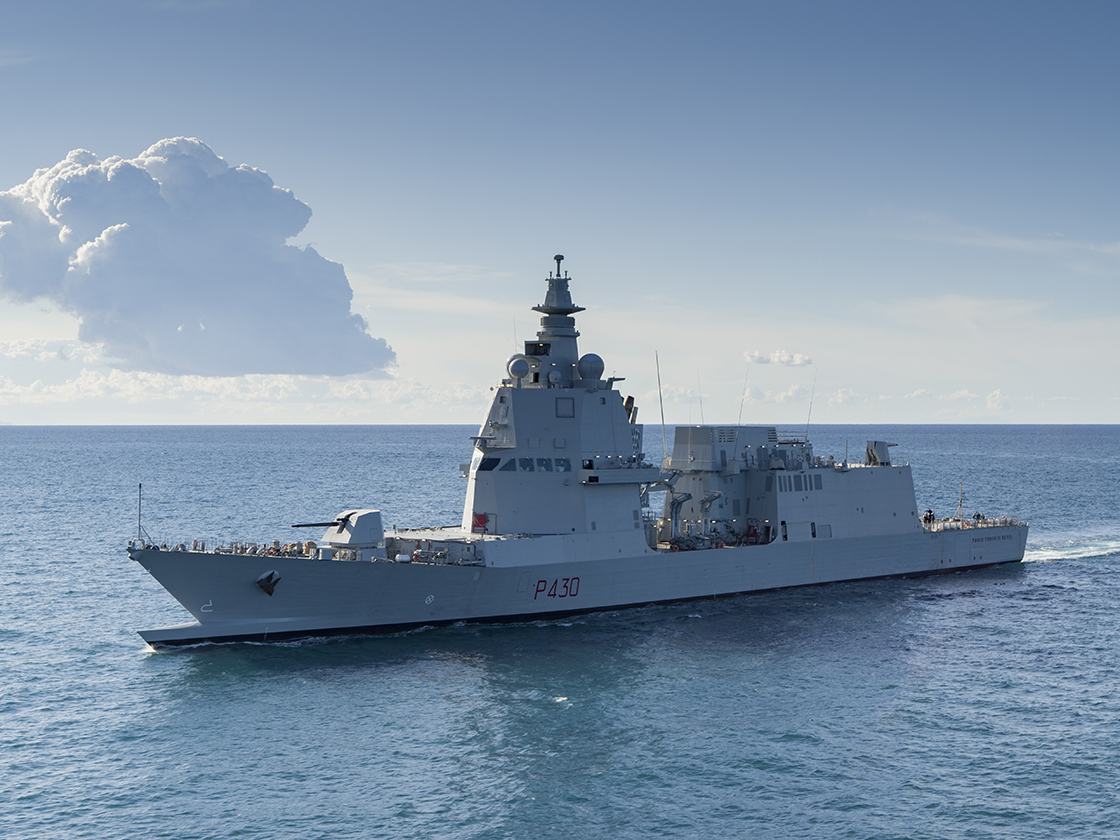 The naval cockpit can currently provide PPAs with the capabilities required by the Italian Navy. There is room for further evolution, however, and the system is already designed to accommodate any such developments easily. The most prominent of these, already outlined in the initial study, involves using augmented reality to suggest new manoeuvring features and an even more effective presentation of information. These features will become more easily integrated and affordable as the enabling technologies mature. Leonardo has already carried out studies in this sector, which will in the future see a continuous exchange of information with the Navy based on the operational experience that ships equipped with the new cockpit will begin to gain.