For over 60 years Leonardo has been a strategic partner to the Italian Navy and a leading point of reference for the naval forces of many countries. The systems the company has developed make up more than 40% of a ship’s components and are now onboard over 1,000 vessels worldwide.

Leonardo is currently one of the few companies worldwide to offer a complete range of technologies for naval use: from its Combat Management System (CMS) to kinetic (naval artillery, torpedoes) and missile systems (through MBDA, in which Leonardo has a 25% share) as well as sensors, communications and mission systems. Its complete range of proprietary technology products is the outcome of a stratification of skills over time and a unique partnership built over the years with its domestic customer, the Italian Navy. All enhanced by an intensive exchange of knowledge and experience with many of the world’s navies. 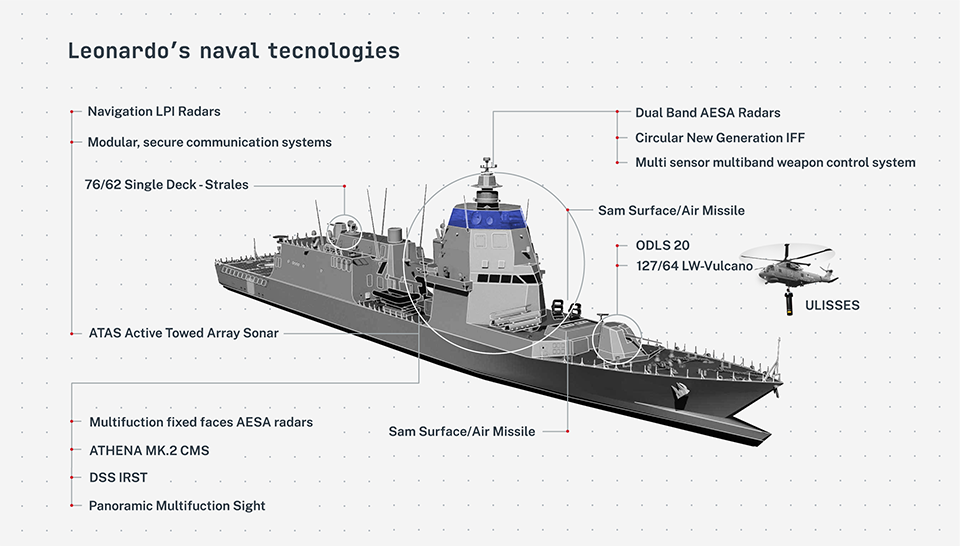 Products testifying to Leonardo’s high-level capabilities in this sector include the ATHENA CMS, internationally recognised as one of the best combat management systems and now in its MK.2 version. ATHENA is primarily known for its high calculation and data distribution speed. It is already capable of over 30,000 operations per second, five to six times more than competing systems, and has a near real-time tracking management. The arrival of new technologies such as supercomputing and artificial intelligence (AI) will lead to further growth and increased autonomy, but the system is already geared up to receive and optimise these revolutionary capabilities.

ATHENA was conceived from the design phase to be upwardly scalable, allowing for expanded performance to adapt it to even more complex vessels or disruptive technologies. It will also be possible, for instance, to integrate ad hoc software for so-called ‘multi-domain operations’. These aim to achieve a cumulative operational effect through the synchronised use of capabilities across the five domains (land, sea, air, space, cyber). Everything can then be seamlessly represented on a dedicated tactical table to optimise and accelerate decision-making. This development was necessitated by the Italian Navy’s desire to acquire the capability it offers, and also in light of the experience and data built up within the context of OCEAN2020, a European maritime surveillance research programme led by Leonardo. 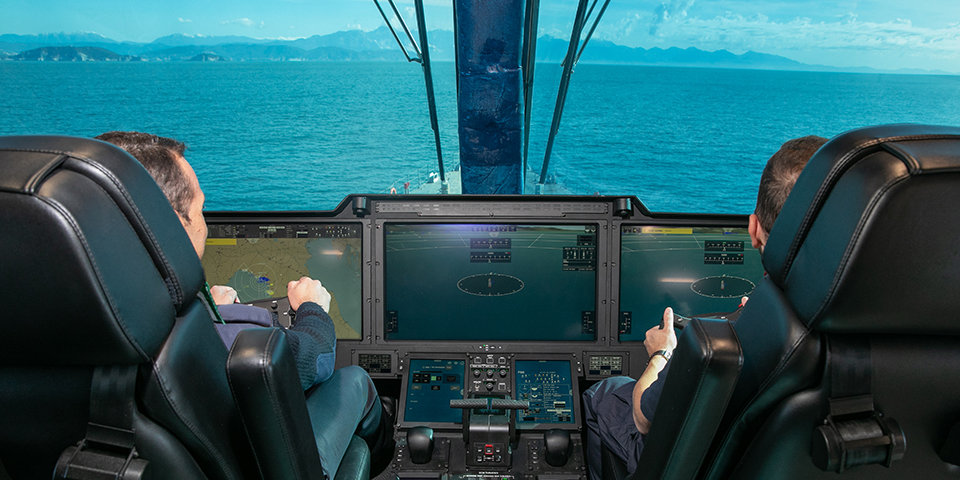 ATHENA’s second big revolution is the graphic interface of the Command and Control (C2) system. This is optimised to be quickly usable and intuitive, requiring minimal training for effective use thanks to an extensive implementation of “wizard” procedures.

Developed in cooperation with the Armed Forces, Leonardo’s CMS enables reduced lead times for more complex operations, boosting a ship’s reactivity in complex tactical situations. A CMS of this capability is naturally also designed to be integrated with the entire range of sensors in the company’s portfolio, for example radar, another sector in which Leonardo is rapidly expanding with new-generation products. The spearhead of this is the KRONOS family, in which the KRONOS DUAL BAND (C- and X-band) and the POWER SHIELD (in “full digital” L e band) stand out. These were developed under the so-called Naval Law, the Italian navy’s modernisation programme, for new naval units such as the PPA and the LHD TRIESTE. These high-performance sensors are based on the successful KRONOS GRAND NAVAL with rotating antenna, already installed for some time on the BERGAMINI-class frigates, which has already demonstrated the ability to track even short-range ballistic missiles at distances of 300 km. The new sensors will have even more complex challenges in the future - long-range ballistic missiles, hypersonic missiles and saturation attacks – but will nonetheless be able to tackle these with optimal efficiency thanks to their state-of-the-art technology and the ability of ATHENA CMS to manage them effectively. Leonardo’s expertise in the sector also covers fire control radars, notably the NA-30S MK2, which have the ability to guide DART 76 and VULCANO guided munitions for 76 mm and 127 mm guns and more besides. 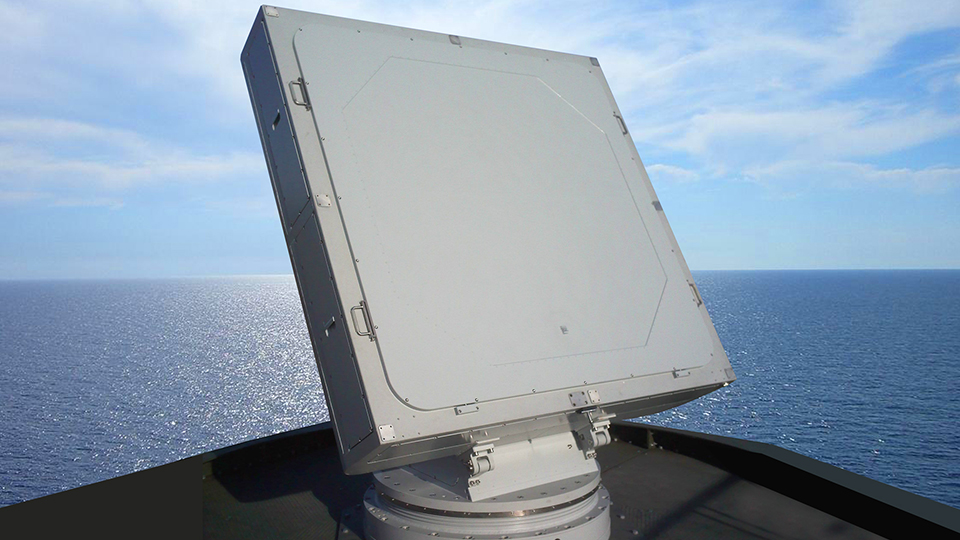 The list goes on, with Leonardo’s expertise also including naval optronic systems for fire control and surveillance, an increasingly indispensable complementary technology to counter sea-skimming and short-range threats. In line with Leonardo’s flexible technology approach, these devices can also be fully integrated into ATHENA. The MEDUSA MK.4, JANUS-N and SASS (Silent Acquisition & Surveillance System) systems are already installed on board many naval units, from the simplest types such as patrol boats to the most complex vessels like aircraft carriers and amphibious assault ships. The company is also developing new systems to provide ships with complete, all-round situational awareness. 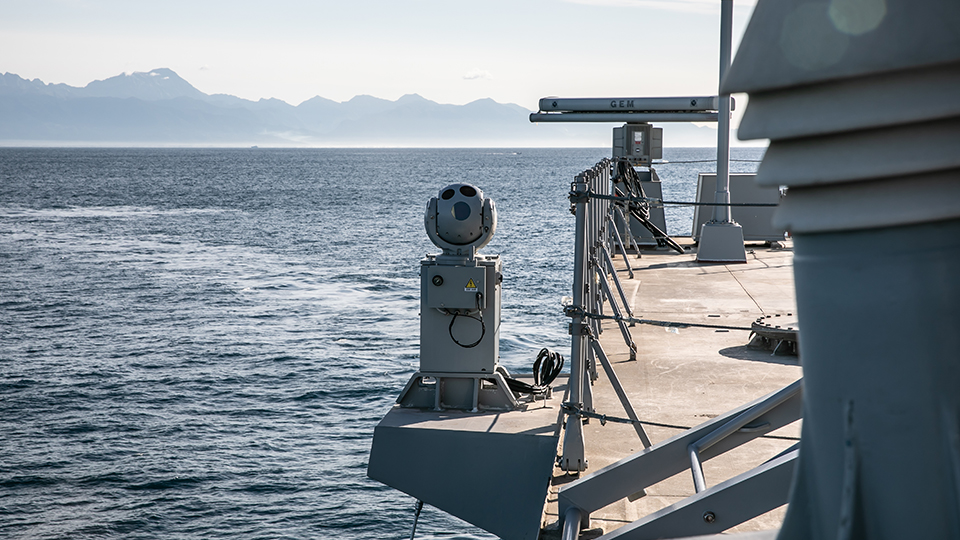 In the underwater arena, in addition to the latest generation of light and heavy torpedoes - designed for the requirements of craft ranging from small anti-submarine units to new-generation submarines – sonar systems (ATAS, BLACK SNAKE, THESAN, ULISSES) and anti-torpedo countermeasures also deserve a mention.
Leonardo plays a leading role in sonar technology, with innovative systems that combine high-level performance with physical compactness and are among the lightest in the sector. In particular, the ATAS is now the lightest variable-depth sonar for active and passive detection, which can be installed on ASW (Anti Submarine Warfare) frigates and corvettes. Research in the underwater field does not stop at hardware components but also covers all discovery algorithms, now developed in-house.
As regards countermeasures, over the years Leonardo has leveraged its 100 years’ experience in torpedo development to optimise the MJTE active systems, NATO-standard ‘cartridges’ that can be launched from any DLS (Decoy Launching System). These can reproduce a ship’s sound profile and distract incoming threats with a market-leading level of effectiveness.
Still on the subject of weapons systems, in addition to the already mentioned 76/62 and 127/64 – representing the state of the art in medium and large naval calibres - Leonardo has always pursued continuous innovation in small calibres, from the Lionfish 12.7 to the Marlin 30 and 40, available in different solutions. These come with their own FCS (Fire Control System), a crucial aspect for any naval units - generally those with low displacement – that lack this component. 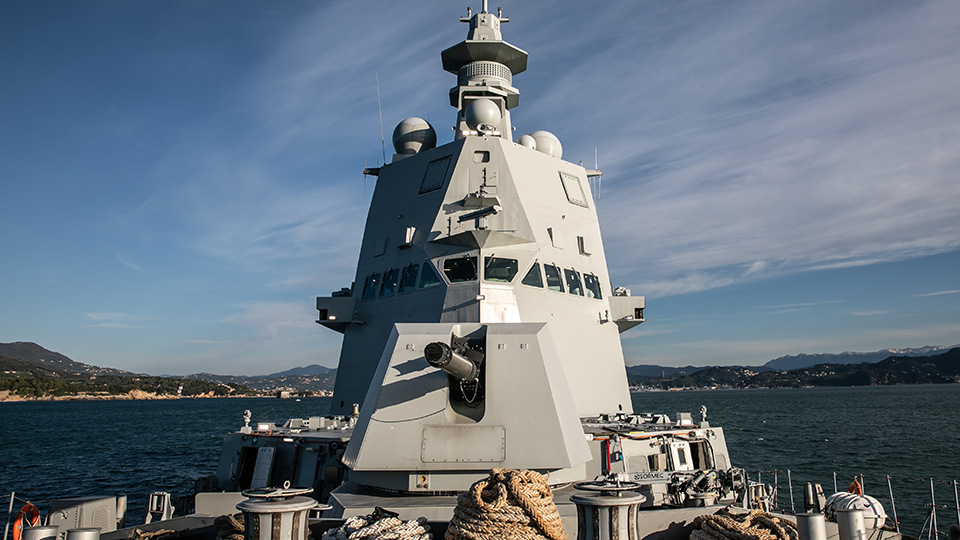 Finally, Leonardo has also carved out a prominent position in the naval communications sector with its VHF and HF equipment, software-defined radios and Link-16 and Link-22 tactical links. The new challenges posed by anti-satellite weapons and new electronic warfare techniques are nonetheless driving further research, especially in the HF sector and the field of datalinks, including the Link-LEO which allows for a proprietary and completely independent datalink. All communication solutions come with a dedicated management system that continually interfaces with ATHENA.
With the big data, AI, supercomputing and cloud computing revolutions upon us, Leonardo has already set up multidisciplinary study groups and devotes specific resources to internal projects. New skills are also arriving thanks to its relationship with promising start-ups and dedicated incubators, such as the BIF (Business Innovation Factory) created in partnership with LVenture Group, which will see the emergence of around thirty new high-tech start-ups within three years.