Leonardo renewed its annual appointment at SHARPER “European Researchers’ Night” in L’Aquila, an event that promotes scientific research and innovation that was held in 13 Italian cities simultaneously.

Funded by the European Commission, the SHARPER project was organised by the Gran Sasso National Laboratory with the collaboration of important local entities, including the Gran Sasso Science Institute (GSSI), the Municipality of L’Aquila, the Abruzzo Region, the MAXXI L'Aquila museum, the National Institute of Geophysics and Vulcanology (INGV), the Astronomical Observatory of Abruzzo (INAF), the Italian Association of Physics Teachers (AIF) and the Gran Sasso Science Association, as well as companies, like Leonardo and Dompé.

In the historic centre of L’Aquila on 30 September, SHARPER launched a role-playing and discussion event in which children and adults had the possibility to share their views, be inspired, have fun with the researchers and discover the passions that drive them. Leonardo played an active role in the event, also thanks to the contribution of 30 employees, who volunteered to meet with children and adults to promote STEM disciplines and explain the research and development activities carried out at the company’s site in Abruzzo region.

Through a number of stands and workshops, SHARPER provided young participants with a clear and stimulating, interactive opportunity to get closer to the world of science. 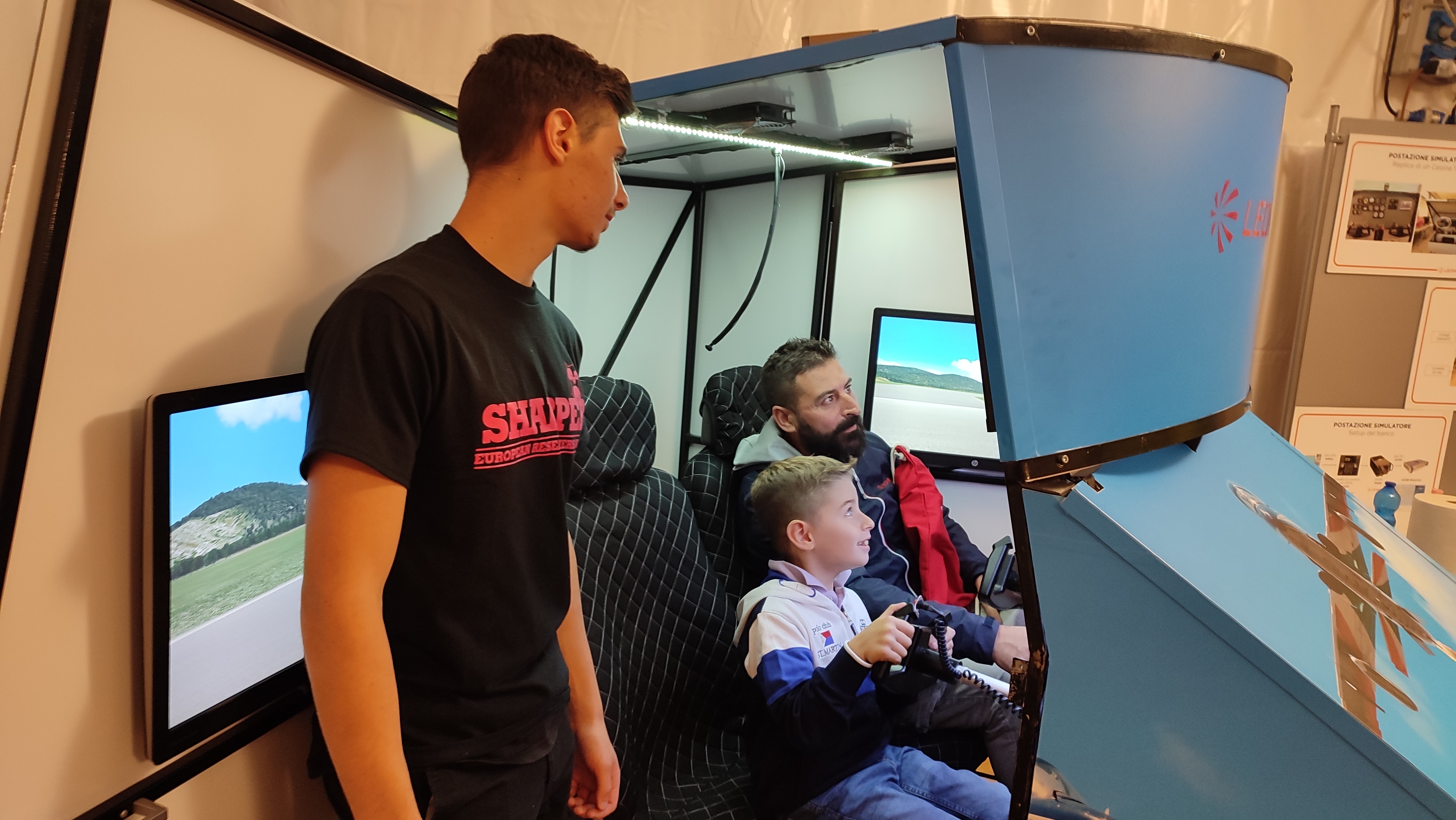 This year, the company organised three different experimental workshops, designed to arouse curiosity in Leonardo’s technologies, which captured the interest of hundreds of people. In the first workshop, a 3D labyrinth game unravelled the construction of printed circuit boards, while the second workshop illustrated the development stages of a software programme and the principles of cryptography were conveyed in a ‘simple’ and accessible manner. Finally, the third laboratory presented an amateur flight simulation station, giving participants the opportunity to experience the thrill of piloting an aircraft and understand the importance of Air Traffic Control systems. This lab also saw the collaboration of students from the IIS Amedeo D’Aosta technical school, who for the past academic year, among other things, have been conducting a PCTO (Percorso per le Competenze Trasversali and l’Orientamento, i.e. a Soft Skills and Orientation Programme) aimed at building the flight simulator and control station. Together with Leonardo’s tutor, the young people told the audience about their project, demonstrating how essential a close collaboration between schools and companies is in order to orientate the new generations toward the world of work.

Leonardo’s site in L’Aquila is a centre of excellence dedicated to the design and certification of identification systems (Identification Friend or Foe - IFF) installed on board military and civil aircraft and avionic communications equipment. The technologies developed at the L’Aquila site are particularly crucial in complex military operations because they allow pilots to automatically recognise “friendly” aircraft, i.e., those belonging to allied forces, and exchange information and data.