Leonardo is expanding its spectrum of surveillance technologies with Tactical Multi-Mission Radar (TMMR), the new multi-domain radar presented at Eurosatory 2022 – the international exhibition for land and air defence and security. The new Active Electronically Scanned Array (AESA) radar, designed and developed to detect, classify and track small and fast-moving aerial threats, supports armed forces in an integrated way, guaranteeing complete situational awareness for scenarios where there is a profusion of both land and air platforms, such as mini and micro unmanned tactical systems.

Fully digitalised and in C-band, TMMR is a dual-use technology that can be used not only as a counter-drone (C-UAS) and Counter Rocket, Artillery and Mortar (C-RAM) system, but also for short-range air defence, surveillance and protection of platforms and vehicles, borders, territories and critical infrastructure. The coverage range, which can be extended up to 360°, and the detection range which varies from 7 to 25 km depending on different targets, allow complete and immediate surveillance during asymmetric operations. 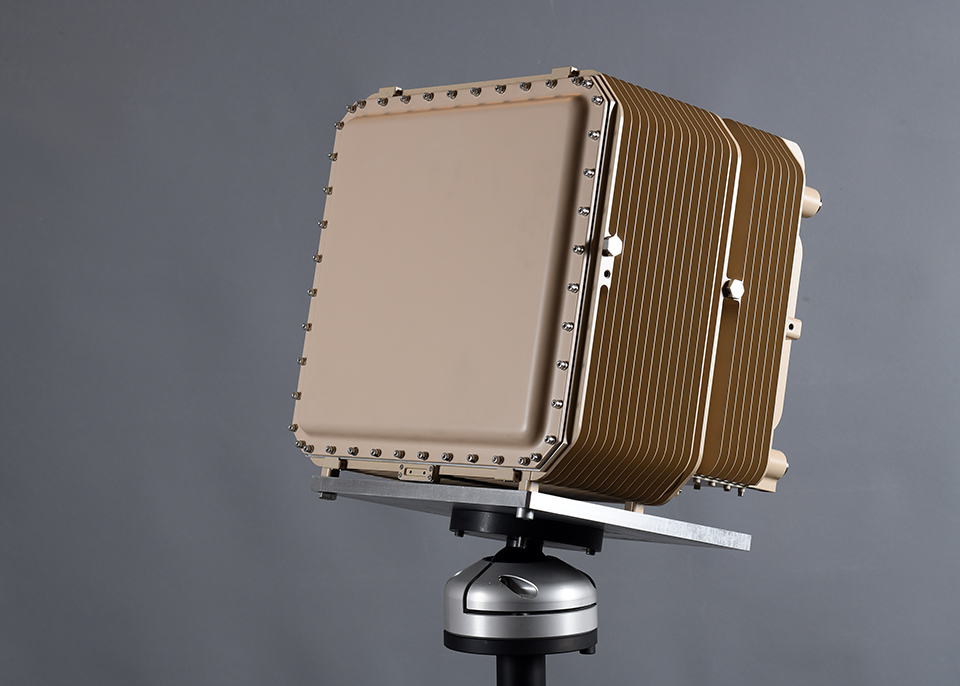 The TMMR is easily transportable and deployable within rapidly changing contexts, thanks to its weight of less than 50 kg, its small size and state-of-the-art technology that requires low energy consumption. These features and the all-in-one design deliver the perfect combination of high performance and ease of use for operators.

With an eye towards to constantly evolving tactical-strategic scenarios, Leonardo has continued to invest in the development and design of cutting-edge solutions such as TMMR, aiming to meet the requirements of interoperability, digitalisation and rapid response, while leveraging proprietary AESA technology.
The Gallium Nitride (GaN) technology on which the new TMMR is based is developed and produced entirely in Leonardo’s own foundry and represents a distinctive European asset in the field of microelectronic components.

Spanning Command, Control, Communications, Computers and Intelligence (C4I) solutions for the digitalisation of the battlefield and for real-time sharing of tactical information, through to systems for land and air defence, Leonardo returns to Eurosatory 2022 to present a complete offer for the efficient management of all operational phases at all decision-making levels.